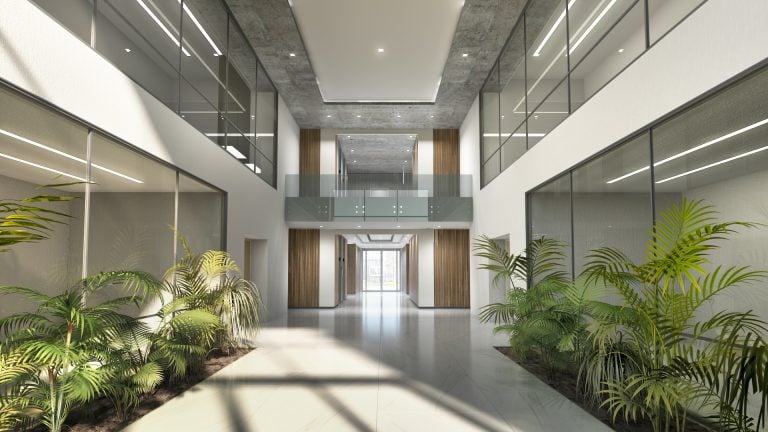 Commercial real estate is continuing to thrive and improve for tenants

There are new challenges and opportunities in commercial real estate right now.

Despite the challenges of 2020, commercial real estate continues to thrive. However, current circumstances have created challenges in some sectors, and opportunity in others.

Lee County’s office space is largely segmented geographically. The downtown Fort Myers area has historically attracted city, county, state and federal offices, as well as law and engineering firms, and other ancillary businesses, which value ease of access to municipal services. This trend is not likely to change. Despite ingress, egress and parking constraints, those office users who require proximity convenience, will still choose downtown Fort Myers.

The next largest concentration of office space is in the Central Business District (CBD). Although not formally designated, it’s generally considered the area west of Interstate 75 between Colonial Boulevard to the north and Daniels Road to the south.

In its entirety, this “box” is approximately 22 square miles large and has many convenient, arterial roadways both north/south and east/west. It’s home to some of the county’s highest profile — and highest priced — Class A office spaces.

By definition, Class A spaces are the best of the best. They are the newest, most up-to-date spaces which any tenant would be thrilled to have as their headquarters.

Changes may be coming

Recent data analyzed by CRE Consultants suggests that some segmentation may occur in the most prized sector of the office market as tenants reevaluate space and budgetary needs.

If tenants in these aesthetically prime Class A buildings decide to downsize, then more supply of space will become available. This added supply may be good news for tenants searching for offices but could be concerning for owners left with additional vacancy.

A greater supply of space will make it harder for landlords to compete in the leasing arena—particularly Class B and C buildings which often lack the modern and updated appeal offered by Class A assets.

Generally, a fairly significant differential in asking price exists between Class A spaces and all other available spaces. This fact alone, has allowed Class B and C spaces to draw their share of value-conscious office tenants without the need for more drastic measures.

This may soon change.

If the supply levels of Class A buildings reach a point where landlords start lowering rates to fill vacancies, that price differential narrows, which leaves owners of B and C assets faced with two viable options:

A growing inventory of more affordable Class A options, will mandate vital cost-effective modernizations such as upgraded lobbies, bathrooms, and air-conditioning systems for Class B and C buildings to remain competitive.

About a decade ago, there were 13 office buildings considered Class A in the CBD. Today that number has dropped to 11 because some buildings are now owner occupied and no longer available for lease.

This limited inventory on the south side of the CBD will potentially push demand north if buildings can offer what tenants desire.

Many prospective tenants are looking for flexible, personalized spaces with on-site parking and easy access for commuters, and at a great value.

The Colonial Boulevard corridor on the north side of the CBD has the advantage of being within the city limits of Fort Myers — and optimally located for commuters.

Within this area, there are a handful of Class B office complexes, which have consistently struggled to achieve the occupancy levels of their counterparts in downtown and South Fort Myers, even though the corridor has strong underlying market fundamentals.

Recently, a few savvy owners recognized the potential gain which renovation could bring forth and became among the first to put the strategy to the test.

Metro Park Executive Center (4415 Metro Pkwy.) and Fairfax Center I (4210 Metro Pkwy.) were originally constructed in the mid-80s and were somewhat dated compared to their newer competitors.

In 2019, both underwent complete common area refurbishment and rebranding.

These shrewd building owners realized that the 115,000 square feet of office space between the two buildings needed to be updated in order to attract new tenants and retain existing ones.

Before the improvements, one of the buildings had an occupancy rate of less than 10%, due largely to its outdated appearance.

When the magnitude of the renovation was introduced, tenants were eager to commit. The price structure was aggressive and attractive to those willing to commit early and it quickly outpaced the market.

Now, a building that was less than 10% occupied before the renovation is 75% occupied, with more leases in the pipeline.

Although expensive, this renovation strategy creates a win-win for struggling Class B and Class C assets and prospective office users, who get the quality of a Class A building with a Class B price tag.

Link to article on News-Press.