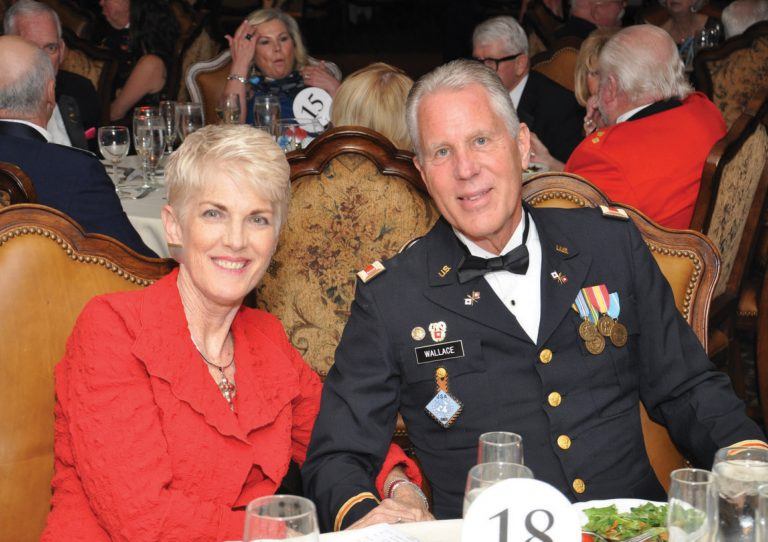 As the sun rose over the Agent Orange-defoliated demilitarized zone (DMZ) separating the two Koreas, 2nd Lt.  Dave Wallace could just make out the midpoint of the now infamous Bridge of No Return through the thick fog.

It was 1970 and Lt. Wallace is one of 13 officers and 200 enlisted men who oversaw onsite operations, communications and security of the ongoing peace talks within the United Nations Joint Security Area, overlooking the South Korean international coalition compound at Pan Mun Jom.

Hostilities had theoretically ceased in 1953, when the Korean War Armistice was signed. The reality of face-to-face contact every day with an enemy indoctrinated from birth by propaganda to hate the “US Imperialist Aggressors,” was all too common.

Wallace remembers becoming hardened to dealing with the threat of these daily occurrences. Wallace received orders to report to active duty in the Vietnam War as a forward observer. As it turned out, his younger brother had just been pre-assigned to combat in Vietnam.

Sole Survivor Policy provides an exception for two brothers fighting front-line combat concurrently. For those who know Wallace, the fact he volunteered to be assigned to the Korean DMZ hostile fire zone is not at all surprising.

Wallace served alongside Korean, Swiss and Swedish officers on the South Korean side; Czechs and Polish officers supported the North Koreans.

Forty-eight years later, Wallace is very active in the Naples community, his church and job as a top-producing commercial real estate broker. He spent 25 years as the go-to broker in Rochester, NY, serving Kodak, among many others.

Today, he is relied upon by those seeking an informed broker who holds integrity above profit and as one who carries the lessons learned serving in one of the world’s most unusual military assignments.

His style of providing clients the unvarnished truth has won him loyal customers. It’s a style that he sees as a primary tenet and underpinning of how he approaches life.

“If I could impress one singular thought on the American people, from a man who was in prolonged direct contact with “the enemy” and watched the tribulations/posturing of so many play out right before my eyes, it would be that with all of the sabre rattling, unnerving rhetoric and rumors of war, we must never forget that the real victims here are the North Korean people. Most of them will never have a chance at the freedom we take for granted everyday as we go to work, play and serve our fellow man, in the safe environment of these great United Sates of America.” Wallace stated, struggling to hold back strong emotion.

Wallace is an office/industrial and investment specialist with CRE Consultants (formerly a CBRE affiliate) with the highest professional designations available to commercial/industrial real estate brokers and 30 years of commercial real-estate experience. He was named Top CRE Consultants ‘Broker in Collier County in 2014 and 2017, Top CRE Broker for the company in 2015 and 2016 and feels blessed to work alongside his son, David.

By: Life in Naples Magazine